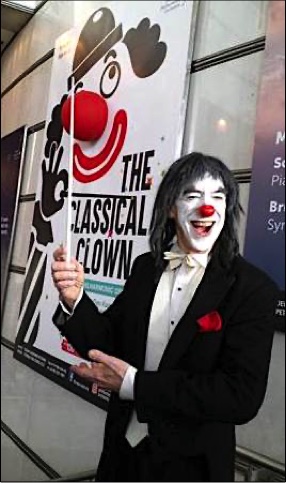 Dan Kamin performs worldwide for theatres, colleges and symphony orchestras. On film, he created the physical comedy sequences for Chaplin and Benny and Joon, and trained Robert Downey, Jr. and Johnny Depp for their acclaimed starring performances. He played the vengeful wooden Indian that came to life in the cult classic Creepshow 2, and created the Martian girl's weird movement for Tim Burton's alien invasion spoof

Despite his impressive stage and screen credits, Dan's artistic beginnings were humble. He began performing as a boy magician at the age of twelve, struggling to entertain audiences of hyperkinetic, sugar-crazed children at birthday parties. Seeking a less stressful way of making a living he attended Pittsburgh's Carnegie Mellon University to study industrial design. But when he saw the eye-popping movement illusions practiced by master mime Jewel Walker, then teaching in the schools famous drama department, Dan's hopes for living a normal life evaporated.

The great silent comedy films of Buster Keaton and Charlie Chaplin added more fuel to his fire,and soon Dan was touring the country with his own comedic creations. Undeterred by the fact that vaudeville was long dead, he cobbled a new vaudeville circuit out of colleges, theatres, and corporations, for whom Dan often appears as a keynote speaker who falls apart. His Comedy Concertos, blending comedy with classical music, have become popular with symphonies worldwide. And as Mr. Slomo, he strolls through crowded public places in eerie slow motion, terrifying the very children who tormented him as a youth.

Dan returned to his comedy roots to write Charlie Chaplin's One-Man Show, revealing the secrets of Chaplin's comic art. Hailed as a breakthrough work, the book boasts a preface by another Chaplin fan, Marcel Marceau. The Comedy of Charlie Chaplin--Artistry in Motion, updates his earlier book and features an account of how he trained Downey for his oscar-nominated performance as Chaplin.

During recent seasons Dan has toured his solo shows throughout America and performed Comedy Concertos with many symphonies, including Montreal, Cleveland,  Dallas, Shanghai, Singapore, and Malaysia. 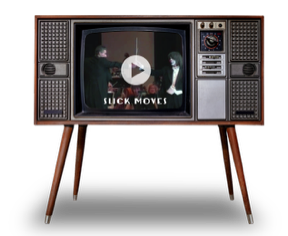 Read how Dan has been using magic to help people during the Covid crisis.